It’s been a crazy year for dining in Toronto.  At the forefront has been the sudden interest in Canadian food.  Once the bane of culinary style, Hoser food has become haute cuisine in only a couple of years.  Poutine, Molson Canadian and butter tarts have been replaced with fiddleheads, microbrews (named after every street, neighbourhood,body of water or geographical indentation across our expansive nation) and sea buckthorn sorbet.  Pickerel, boar and venison are the new proteins in town.

Loka is one of these establishments.  The website states it a an exploration of Canadian Cuisine and that the menu changes frequently depending on the patriotic preference and available ingredients of the day.  That said, once can always count on an offering of cured meats and other creations based on their zero waste butchery policy.  The rest of the menu consists of 8 or so items including a dessert.  They also have a vegetarian menu available for those who find a platter of meat far from appealing. They also invite you to try the whole menu (minus the charcuterie) in smaller portions for $100 which I thought was the ideal strategy for our group of 4 (see menu below). 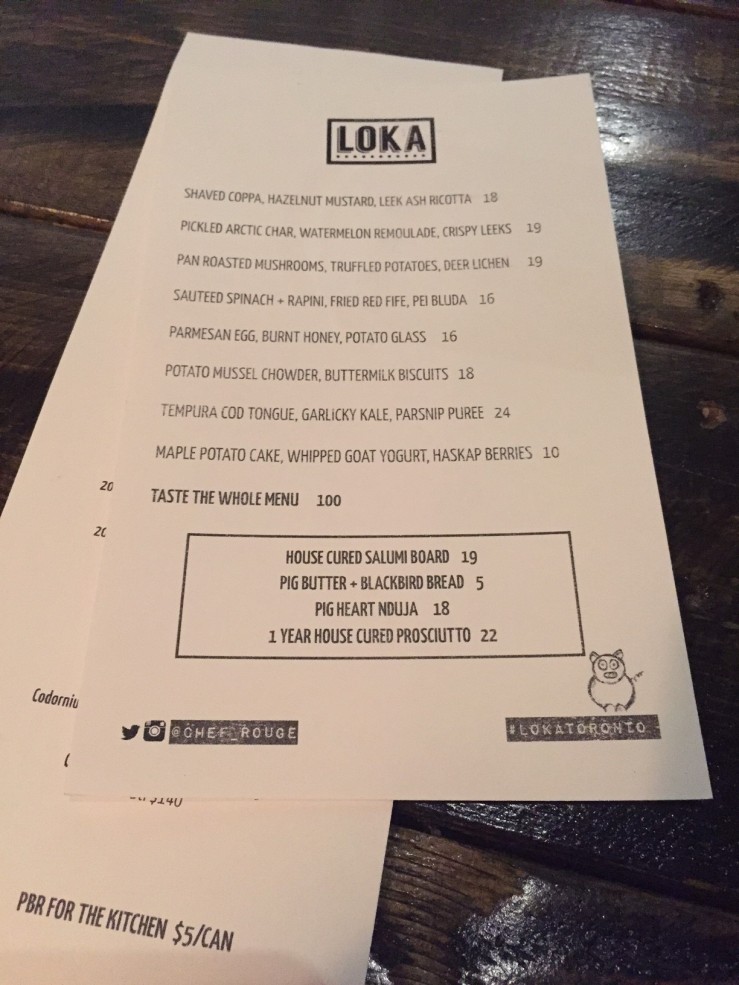 The booze menu/strategy is a little odd.  Instead of a vast array of shelf liquor, Loka offers a couple of cocktails (an old fashioned and a plum smash) in addition to a small wine and beer list. I tried both cocktails which were radically different but both were middle of the pack among others throughout the city.

One of the disappointing aspects of the meal was the presentation.  Every picture of the dishes on social media looked like something the Group of Seven painted. These dishes were by no means ugly, but they were a little messy, especially the Ndujja which was served plain in a white bowl and looked far from appetizing.  Although a stated favorite of the waiter, I really didn’t like it at all.  It was greasy, especially when served with chicharron, the  gluten free but fatty alternative to bread. In order words, it really was fancy Klik.

From a taste perspective, I was probably most disenchanted by the cod tongues.  I love these delicacies and they really do need very little to compliment the flavour and the overbearing and bland tempura was not effective.

The cured meats, including the pickled char hit the mark nicely.  In particular, the shaved coppa was not only delicious on it’s own but the accompanying hazelnut mustard was brilliant.  The vegetables (spinach and mushrooms) screamed robust and earthy flavours which were highlighted by the inclusion of a few of the aforementioned  Haute ingredients.

The highlights of the night were the chowder and the dessert.  The soup had a beautiful balance of richness and sea sapidity.  The firm potatoes complimented the juicy mussels to round everything out.  The dessert was spectacular.  The otherwise earthy tones exhibited in the rest of the meal remained but a kiss of maple added just enough sweet and did not overpower the welcomed tartness of the yogurt and berries. 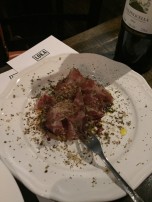 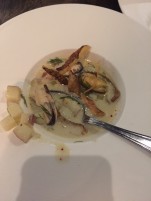 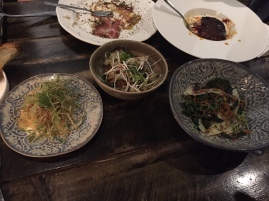 The concept of Canadian food is constantly being redefined, especially in an environment where a focus on local ingredients and the need for expansive creative licence is paramount.  That said, many patrons (including myself to a degree) are somewhat reluctant to rewrite the recipe book too quickly.  Although I enjoy the haute approach to the cuisine of my native land, I’m not about to embrace pemmican and lick the moss off rocks in lieu of a slice of meat pie or a steamy pot of KD.  That said, if you are fan of energetic earthy flavours, you may enjoy elements of Loka even if the dishes don’t also resemble the stunning landscapes of Lawren Harris or A.Y. Jackson every night.