After a longer than normal (and probably not noticeable) absence, I figure it’s time to jump on the blogging band wagon again.  Part of my absence can be explained by the unbelievable amount of time it takes to move and the post-relocation stress disorder (PRSD) that lingers for months after. Although this resulted in many days with a spoiled appetite, I have managed to work my way out to a few places during this period.

It seems I’ve been eating in Toronto’s burbs a little more recently lately. Maybe it’s correlated to the fact that,  although I didn’t move far in London, I am on a quieter “suburban” crescent now as opposed to the busy “urban” street I used to live on.  More likely, I’ve just been in hanging more in the 905 area. As part of these experiences, I have noticed that there are advantages to eating outside of the city.

1. Hipsters are few and far between. Sure, there are suburban hipsters (substers) which pop up here and there but for the most part they are an easier breed to deal with.  Substers usually possess less angst and are more likely to have mom tattooed on their upper arms as opposed to roman numerals or  a recreation of Joseph’s Amazing Technicolour dreamcoat all over them.

2. Parking is a much easier and cheaper. This may be an issue, however, if the main reason for the night out is to get sloppy drunk. Uber may be a little scattered and transit is a lot less predictable so and expensive cab ride home may be in the works. That said, the price of a cocktail seems to drop by about $5 once you are north of the 401 so it may justify the extra $15 you’ll need to spend to get home.

3. There are amazing pockets of ethnic food in many of Toronto’s suburbs which luckily offset the numerous chains which populate the major streets and commercial areas within the 905. I apologize in advance if there is any disappointment in the fact that there won’t be a Jack Astor’s review as part of this post although I do hear their chicken fingers made in-house are divine and pair beautifully with a barefoot chardonnay.

In particular, I have recently spend some time in the Markham area and hit a quadruple eateries none of which are owned by Cara foods:

While the industrial themed small plate movement was taking over the 416, Tapagria quietly opened in the 905 focusing on Spanish tapas with a Markham twist (ie. located in a strip mall).  The menu was surprisingly authentic, complete with traditional favorites such as paella, pintxo and Iberian ham. We stuck with an array of bites including pan con tomate, smoked eggplant pintxo, mushroom croquettes, skirt steak, grilled calamari and a cheese board (including a bit of manchego) which we washed down with a decent Tempranillo. Generally speaking, the dishes were acceptably true to form, attempting to focus on quality ingredients whenever possible. Sure, it’s not la rambla, but despite a bit of suburban modification, I’m not sure it’s much less authentic than some of the other tapas joints that have popped up all over downtown. Plus, it would save a trip if you are in the area anyway and don’t want to venture down the always crowded highways. 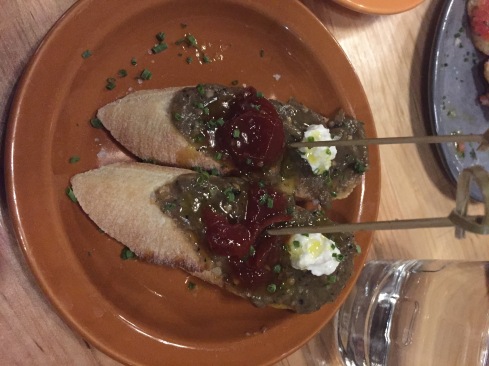 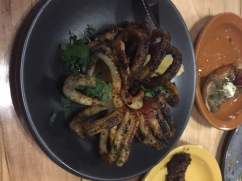 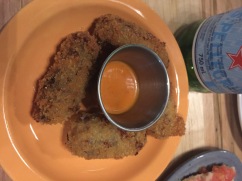 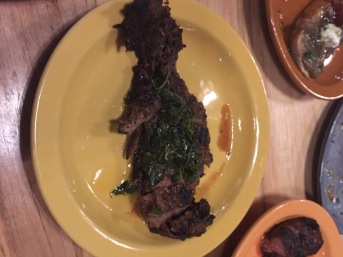 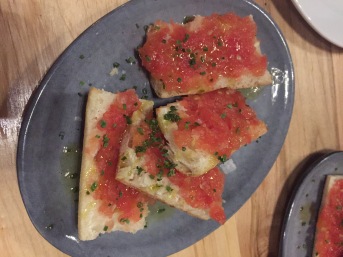 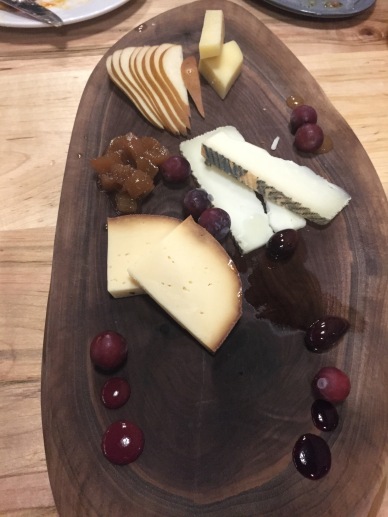 Congee queen is well-established Chinese eatery with half a dozen locations scattered across the north of the GTA. Unlike Tapagria, the authenticity does not lie in the food alone, but in the overall experience especially given the fact I was the token white guy in the whole place. Trolleys busily trek back and forth carrying piles of food from the extensive menu. I’ve been a couple of times. The first time I went for an early lunch so one of the 40 plus options of the namesake dish made sense. I opted for the abalone clam and chicken which I  paired with some rice rolls; a combination would could easily replace an oral glucose tolerance test for the diagnosis of diabetes. That said, there is something about a simple bowl of rice porridge that was more mystical than it should be. The second time I went for dinner and sampled an array of dishes including the shrimp wonton soup, tiger shrimp and mango salad and snowpea leaf with king mushroom. The food is good, the portions are huge and the prices are reasonable. 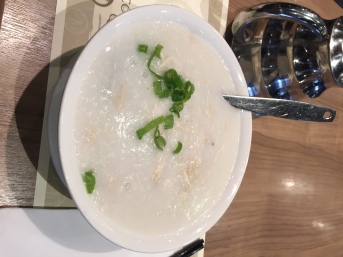 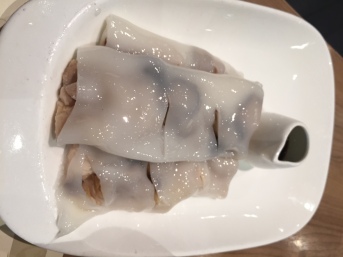 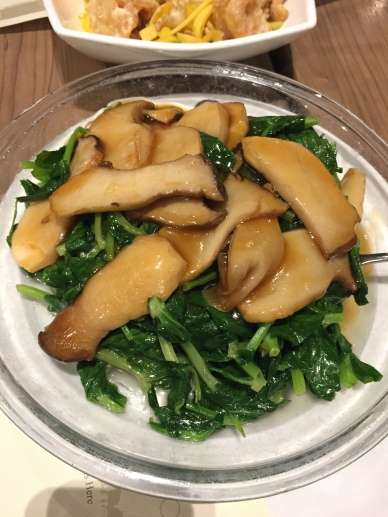 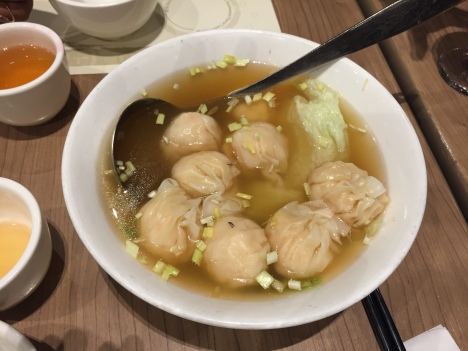 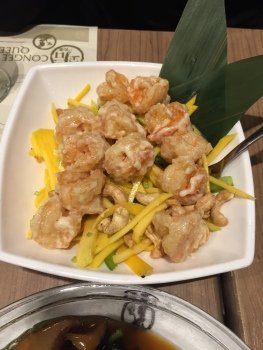 Dim sum and dumplings are music to my ears and another assault on my beta cell capacity. If you’re not on the Spadina strip in urban Toronto, then Ding Tai Fung is super suburban surrogate. It’s located in the First Markham place, which is the epitome of Toronto’s 905 experience. Where else can you can circle for 20 minutes looking for a parking spot, pop into the Home Outfitters for some bed sheets and finish the experience with a bubble tea or some stinky tofu from the Mei Nung Beef Noodle House. Back to Ding Tai Fung: the food was above average highlighted by the incredible Shanghai wontons with spicy sauce and soup dumplings. The only minor disappointment were the gyoza dumplings which were enormous but a little too doughy as opposed to crispy. 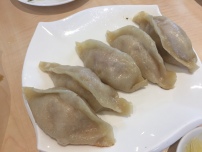 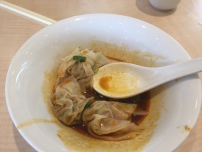 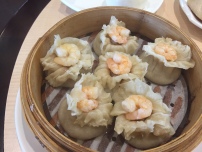 Also located in the First Markham place complex, I went not only as the token white guy at the table, but the token white guy in the whole restaurant. I luckily had some help trying to decipher the hundreds of available items and ended up with a variety of dishes which represented a Shanghai experience and pushed the envelope just a little. Menu items included braised wheat gluten (which is somewhat satisfying for reasons other than taste),xiaolongbao (dumplings), jellyfish (which I’ve concluded I’m not fond of), ribs and a few soups. In particular, the spicy soup (similar to mapo doufu) was an interesting experience. It’s characterized by tongue numbing peppercorns which seemed a bit of an initiation but my Asian table mates (little did they know I own not one but two buffalo wild wings champions shirts for eating 10 blazin’ wings in less than 5 minutes…insert evil laugh). I must admit it was a bit euphoric to have one of your senses temporarily removed. The other soup was Jiu Niang (or maybe a variation) which is a fermented rice soup with a level of booze that may just fall short of inducing red faces in those with alcohol dehydrogenase deficiencies (which clearing a phenotypically does not include me). 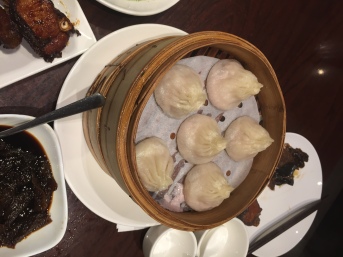 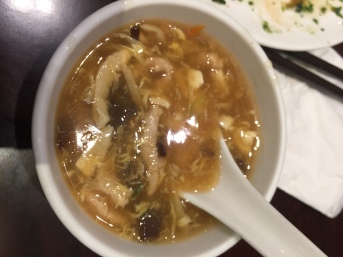 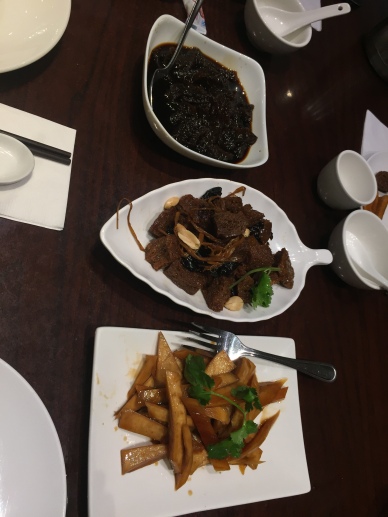 Mmmm. Gluten and not mmm..jellyfish 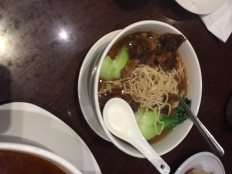 Jiu Niang (or maybe a variation)

Ok, I really didn’t move to the burbs but I can still draw parallels between busy street chaos/calm crescent living and urban vs suburban dining. Yes, the latter can be a little slow and boring but there are elements of excitement (and perhaps modernization) here and there. It’s true enough that many of the aforementioned Asian eateries are nothing new but in some cases there is an overall shift towards having restaurants in the 905 reflecting a multitude of cultures in ways more than shrimp tacos at Kelsey’s. Perhaps one advantage is these places don’t have to pretend or feel pressure to adhering to authenticity dictated by foodie culture. One can enjoy an authentic dumpling without being draped in silk tapestries or having to listen to some spiel about the chef’s inspiration while on a pilgrimage along the Great Wall. Instead, you just get decent food unapologetically thrown down like on the table like a suburban parent running late for hockey practice or piano class.